Personal Space and the need for a law to preserve it…

noun
1. the seat left between two strangers in a public venue to preserve personal space. “That guy sat in the spacer seat, can you believe it?”

verb
1. You better spacer seat that woman who’s coughing all over everyone.
2. Why do guys spacer seat each other at the movies? 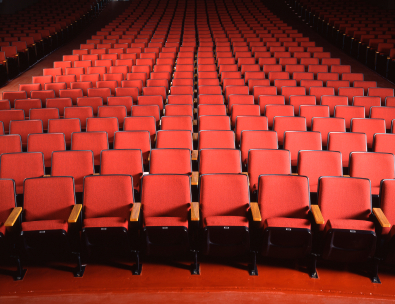 An unreasonable amount of laws exist in this land of ours that are growing rapidly in number, like the Kardashian reality spinoffs. But since it seems there’s no stopping the law books from expanding, I’d like to put in my two cents, and here’s one of the reasons why…

I went to the movies with a friend recently. We were the first of the audience to arrive. We sat smack-dab in the middle section of the theater in the first row of seats off the floor, right behind the bar. Our view was great and we could legally put our feet up without the risk of being admonished by a barely post-pubescent usher, a young man or woman with carte blanche to chastise old ladies to keep their feet off the furniture like we’re sloven teenagers… Geesh!

We had settled into our prime seats for a couple hours of entertainment when in walks another moviegoer who sits right next to me. A theater full of empty seats and he plops down immediately to my right as if he’d been ushered to the seat without a choice in the matter.

I like people. I like meeting people for the first time. I like getting to know people I’ve never met before, but… not during a movie, or a play, or any other event that I’ve paid to watch… and especially not in the dark.

It was just wrong, on so many levels, and my friend and I immediately agreed on this point with quick glances of perplexity mixed with a bit of shock. Neither of us knew what to do, or say. When the spacer seat violator set his drink in the cup holder next to me, instead of the one on his other side, I became really suspicious.

Was this some sociological experiment meant to test my personal space boundaries? I began looking for the cameras… maybe Candid Camera had been revived once again? If I objected to the stranger’s violation of the unspoken Spacer Seat Rule and came across as an unkind and space-phobic snob, I would have to sign a release before someone was allowed to out me on national television, wouldn’t I?

I was stunned and like Cammy in my novel, My Way Home, I began to have a “…mini-debate with me-myself-and-I, as scenarios, choices, and consequences ran through my brain lightning fast.”

I considered my options:

If I exercised options 1 or 2 for the sake of my need for personal space, would I be exhibiting a gargantuan lack of kindness toward a fellow human being who may have very well been in pain and in need of some company? Maybe he had scoped out bridges that day… I’m not making light of this, I was really considering this possibility. And I would also be risking the aforementioned concern that I was being tested and/or possibly filmed. And if I did move to another seat, what should I do if he followed? Oh, come on, who would do that? A Spacer Seat violator, that’s who.

Thinking about staying put had me considering all kinds of things that might happen, mostly unlawful acts perpetrated by the stranger… I know, kinda crazy paranoid, but I am a writer after all with an active imagination (a good thing for a writer, but not always a good thing for someone walking around the planet on a daily basis).

After I debated for a few minutes, I realized some rules have to be laws in order to be taken seriously enough to be obeyed. A law should exist that would have prevented this social conundrum, a situation that I shouldn’t have been forced to deal with when I was just trying to escape into Storyland for a couple of hours.

The Spacer Seat Law… Yeah, that’s it! It’s an unwritten rule with no need for an explanation, for most socially apt individuals, but for those that either missed the memo or who are missing the receptor in their brains that tells them what’s the appropriate social behavior and what is NOT, it would be helpful.

So here’s my proposed law and it’s pretty simple: Unless seats become unavailable in a public venue, at least one seat is to be left between strangers. Violators will be prosecuted to the full extent of the law, which when broken in a movie theater, should entail something like having to eat stale popcorn and drink flat soda, enough of a deterrent for most moviegoers I think.

But since there was no law, I had to deal with the situation with absolutely no backup, so what did I do? I stayed put. My need for some personal space and my fear of being pick-pocketed or molested in the dark didn’t trump my concern that I could potentially be responsible for the final downward spiral of a fellow human. And there was also the possibility that I was a guinea pig of some sort.

If the theater had filled up (by the time the opening credits rolled, it was less than half full), it would have been less awkward somehow. Why is that? It feels perfectly natural to sit next to a stranger when every seat has been taken, in which case sitting in a Spacer Seat is an act out of one’s control, as opposed to someone infringing on another’s personal space by choice, which immediately raises the question: What are they up to? Less awkward if the theater had been full? Yes, but still awkward. The fact that the guy took the seat when virtually every other seat was available made his choice… JUST WRONG… even if it had ended up being a packed house.

During the movie, the empty seats continued to call to me, just waiting for him (doubtful), or me, to move to another location and release the tension that was weighing down the room, at least my six square feet of the room. So for two hours, I watched a movie with a perfect stranger, half of my attention on the story and the other on him. Was I startled at any point by, “Surprise! You’re on Candid Camera!”? Nope, I wasn’t. Did he grope me in the dark? Nah.

What he did do was chew his popcorn loudly and suck soda through his straw even louder, and a couple of times he nudged me as he chuckled and shot me a smile, the way one does to a friend to bond over an amusement. If we had been friends, I would have told him to keep his masticating to a low roar and nodded to acknowledge the nudge-worthy comedy on the screen. But we weren’t friends or even acquaintances and so it was uncomfortable.

I recounted the experience with indignation to family and friends over the following few days, but then I began to evaluate my need for personal space and what that says about myself and others like me. This world is filled with lonely folks whose pool of friends and family isn’t very full or is even non-existent. People move to new areas where they don’t know anyone or they just have a difficult time socially. It seemed the man just wanted to share his moviegoing experience with other people, and we happened to be the people in the theater at the time of his arrival. A part of me applauds him for marching to the beat of his own drummer. Another part of me thinks that personal space is a basic human need and may even keep a person safe.

Still, I try to be a compassionate person. If I knew someone took a Spacer Seat out of loneliness, I’d like to think I would exercise some compassion and chill. So, to any of you who practice Spacer Seat sitting or who’ve had the urge and may someday make the leap as a result of your loneliness, I’d like to make a suggestion… Offer a handshake to the person you’d like to sit next to, introduce yourself, and state your intention. If you’re feeling lonely and blue and just want some company, fine, take a seat. I’m just saying it would be helpful if you’d give a person enough information to go on in order to make an informed decision as to whether they should stay, go, or call the police.